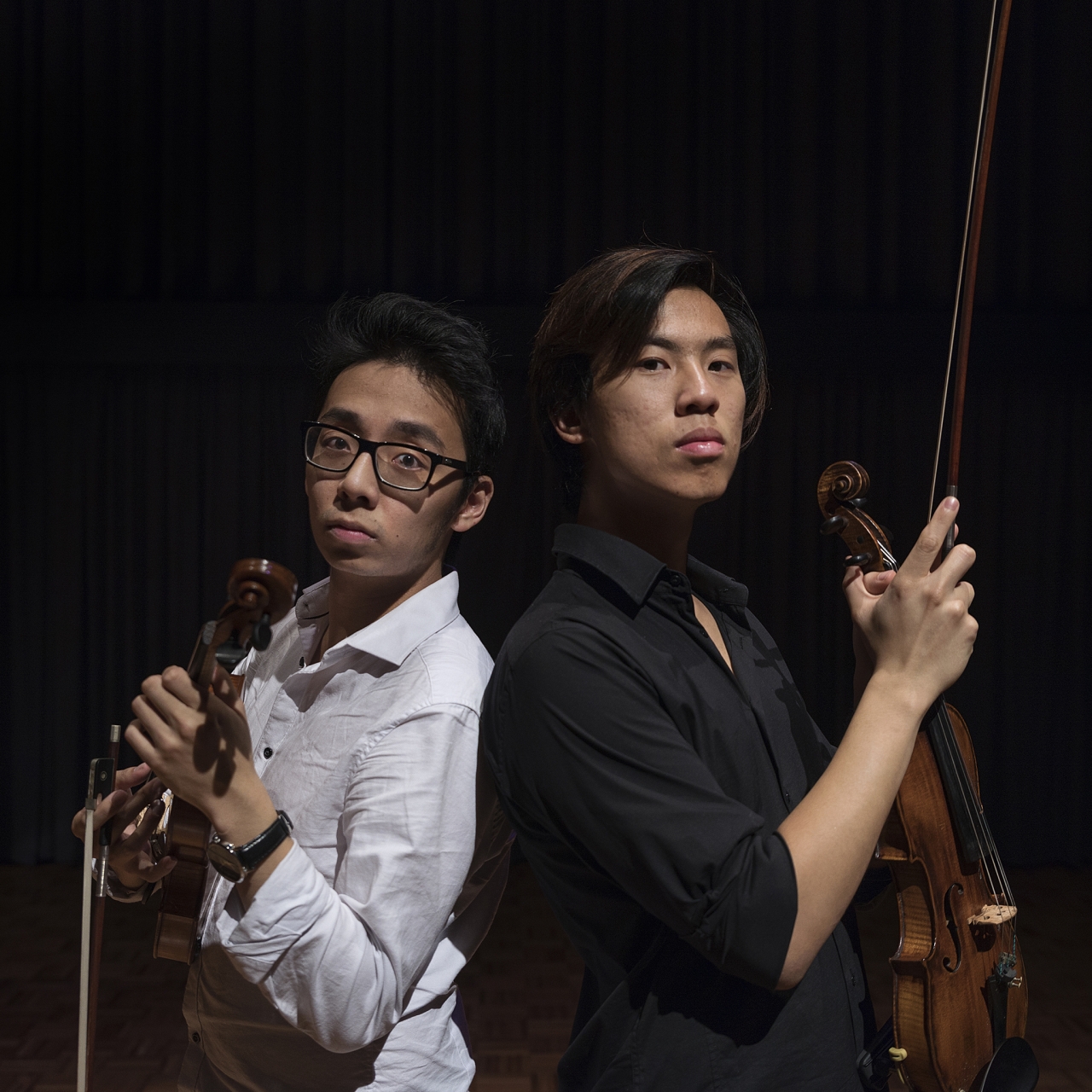 ​TwoSet Violin – founded in 2014 by the two Australian entrepreneur-musicians Brett Yang and Eddy Chen – are best known for their funny and sometimes painfully accurate videos depicting life as a classical musician.  With over 250,000 followers on social media and over 70 million views worldwide, TwoSet inspires young musicians with humor and a relatable “imperfectness”.  Brett and Eddy have been featured on ABC Classic FM and Sony Classical Australia and in international media such as The Violin Channel, Classic FM, WQXR and The Strad magazine.  Their work has led to collaborations with other high profile artists such as Lang Lang, Ray Chen, Janine Jansen, James Ehnes, Maxim Vengerov, Anne Akiko Meyers and Stefan Jackiw.

At the end of 2016, the classical comedy duo gave up their spots in the Sydney and Queensland Symphony Orchestras and began hosting live performances, including a sold-out debut at the Sydney Opera House in December of last year.  Their one-of-a-kind show offers a unique and interactive experience, creatively integrating humour with actual recital – all while upholding the integrity of classical music.  Unlike the typical classical concert, TwoSet Live attracts a diverse crowd, including young fans as well as people who have never in their lives been to a classical concert before. The duo are committed to spreading the love and inspiration for classical music.