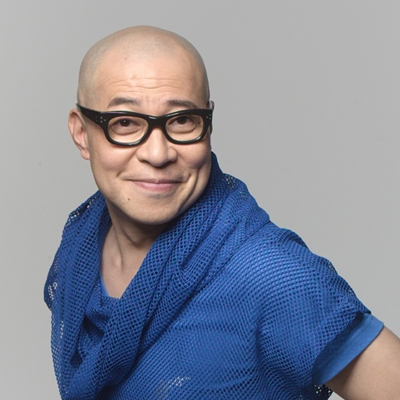 
Renowned director, playwright and actor, Jim Chim is a man of multi talents.

As the “King of Comedy”, “Master of Creativity” and “Artist of Cross-media”, for the past 20 years, Jim Chim has created over 60 stage productions of a rich Hong Kong flavour for PIP Theatre, a contemporary theatre company he founded. Jim Chim has performed over 8,000 performances of various forms and styles, attracting an audience size of over 1.58 million people; his unique one-man-theatre also attracted a massive fan base.

Jim Chim’s past works include “Man of la Tiger”, “Le Emperor Du Chant”, “My life as a TV”, “He is Kong Girl, She is Kong Boy” and “Mr. Rubber Hard”, among many others, all of which have received universal acclaim in Hong Kong and in the Mainland. In 2011 and 2013, Jim Chim performed “Kick Start” and “The King of Disguise” at the Hong Kong Coliseum respectively.

These productions have established Jim Chim as Hong Kong’s unique comedy icon, a figure loved by the Hong Kong audience. Jim Chim’s works have also been exported globally at the marvel of international critics, securing his stature as a world-class performer.