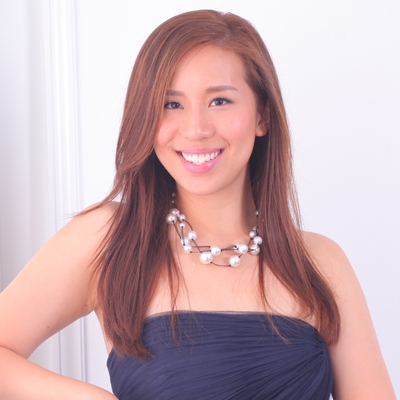 A native of Hong Kong, Jeannette Lee graduated from the Chinese University of Hong Kong with a Bachelor of Arts in Music and English (First Class Honors).  She was awarded the prestigious Hong Kong Jockey Club Music and Dance Fund to further her musical studies at the New England Conservatory.

Apart from obtaining her Licentiate Diploma in singing with Distinction from the Trinity College London during her studies at CUHK, she won the prestigious Miss Barbara Fei Vocal Solo Prize and the Good Hope Singers Trophy.  She was also the recipient of numerous scholarships such as the HKSAR Government Scholarship, the Hong Kong Children’s Choir Scholarship, and the China Soong Ching Ling Foundation “Gucci Timepieces and Jewelry Music Fund” Scholarship.

Jeannette made her operatic debut in the role of Cherubino in Le nozze di Figaro with the Amalfi Coast Music & Arts Festival in Italy. In the same year, she appeared as Prince Orlofsky in Die Fledermaus with Music Academy International. In the summer of 2017, Jeannette joined the roster of Miami Music Festival Apprentice Program and sang the mainstage role of Fox Golden-Strip in Janáček’s The Cunning Little Vixen.