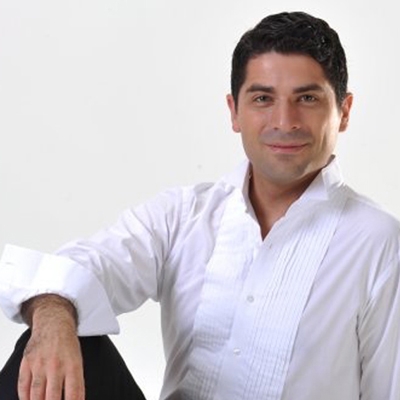 Frequently invited to appear as guest soloist for international brands, Moralez has appeared throughout Asia and Europe for premier clientele including CHANEL, Ralph Lauren, and Citigroup performing a vast repertoire of opera, musical theater, jazz, and crossover. In addition to his appearances for these international brands, Moralez appeared in private concert for the royal family of Denmark including Queen Margrethe of Denmark and Prince Consort Henrik Count of Monpezat.

Moralez has frequently been invited as Master of Ceremonies, presenting in multiple languages including English, Danish, French, Spanish, and Italian. Moralez has also received extensive training and study in both spoken and written Russian and German. Other languages studied include Arabic and Japanese.

Moralez received professional training at the Centre de Formation Lyrique of the Paris National Opera and the Steans Institute of the Ravinia Festival USA.