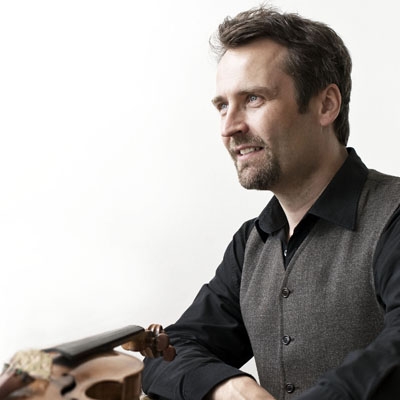 Jan Söderblom was born into a family of musicians in Helsinki in 1970. Now a conductor and violinist, he began giving concerts at an early stage in his violin studies.

In the Swedish Royal Opera Söderblom has conducted The Makropoulos Affair by Leoš Janáček as well as two first performances, Sport och fritid (2005) by Thomas Jennefelt and, in cooperation with Norrlandsoperan, Svall (2006) by Daniel Börtz. He also conducted the much talked about first performance of Veli-Matti Puumala's opera Anna Liisa at Helsinki Festival in 2008. Söderblom has conducted several ballet productions at Finnish National Opera, as well as Fredrik Pacius' opera Kung Karls jakt.

Before his career as conductor took off, Söderblom performed as a violinist, mainly with New Helsinki Quartet (1982-2001). After the quartet won competitions of Viitasaari, Concertino Praga and second prize in the London String Quartet Competition, they toured widely and performed in e.g. Wigmore Hall, Tonhalle Zürich, Herkules Saal in Munich, Concertgebouw in Amsterdam and Konzerthaus in Berlin. As a soloist he has shared the stage with several Finnish orchestras as well as e.g. Swedish Radio Orchestra, Norwegian Radio Orchestra, Helsingborg Symphony Orchestra, Japan Philharmonic Orchestra and many others.

Söderblom has been the Artistic Director of several Finnish music festivals; these days he is in charge of the artistic planning of the Festivo Rauma and Kauniaisten musiikkijuhlat.

Söderblom has played as guest concertmaster for several orchestras and joined e.g. Camerata Salzburg and the Norwegian Chamber Orchestra on stage as guest member.Since 2015 Söderblom is the first concertmaster of the Helsinki Philharmonic Orchestra.

Jan Söderblom enjoys silence and nature and currently resides with his family in the artisan and artist community of Fiskars in Southern Finland.

In the  2017 he will conduct a.o. the Helsinki Philharmonic,  the Turku Philharmonic, the Royal Swedish Orchestra and the Tapiola Sinfonietta.